There is a successful Africa, one which defies the challenges, and one which makes its own Development. The many women and men who are using their know-how to 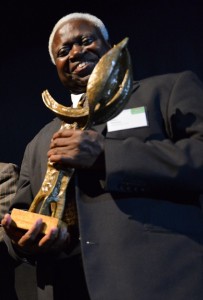 We meet those women and men who inspire us at the HARUBUNTU. But who are those people? What do they dream about? How and why have they decided to move on? What do we learn from them?
Those people present the possibility of alternatives as a way for giving up with the status quo. They take the risk to change the World; let’s follow them.

Harubuntu comes from the Kirundi language, which is spoken in Burundi. This term is composed of two terms:hari and ubuntu. In the said language Kirundi, these two terms mean, respectively, there is and manhood in the sense of humanity. Harubuntu leads then to the sense of mankind and describes the humanity which exists in a human kind; it defines the wisdom and the charity of every person. Ubuntu is therefore an objective that people will permanently follow; it is a fact which makes the solidarity a reality for a mutual comfort of all people. For us, “Harubuntu” means “here lies a human value”. It highlights the values which lead the pride in humankind where an emphasis is put on the local and the global character that it covers. This is where stands the core value of the Harubuntu Award.

ABSTRACT OF THE HARUBUNTU CHARTER

To read more about the winners, to discover their actions in video or to learn more about the philosophy of the project, visit the Harubuntu website.